I stand on my head for my health

Chris has not had a day sick for 36 years

For some it is a case of what you lack in your head, you must have in your legs. This does not apply to Hundested’s Chris Sylvest. He is supposedly Denmark’s best 92 year old at standing on the head. And Chris does not do it to boast of his gymnastic abilities, but to keep himself healthy!

– In the middle of the fifties I emigrated, together with my wife and two sons, to the USA. My wealthy sister had a place to live and work for us in California. And by and large it went very well. But in 1958 I was affected by something in my head. I still don’t know what it was. It was incredibly unpleasant though. My brain was affected and I got worse and worse – I was actually about to die. We were at our wit’s end. But then something happened that I would call a miracle.

We were in the USA for 14 years. During that time we read neither Danish newspapers nor magazines. But when I became ill in 1958, an old edition of Familie Journalen (the Danish The Family Journal) fell into my lap. I still don’t know where it came from. In the magazine there was an article about a watchmaker from Ålborg (a town in the north of Denmark), who had cured a violent migraine by standing on his head for 10 minutes every day. I took to the idea at once. A month and a half later I was completely cured. Since then I have stood on my head for 10 minutes every morning – and I haven’t had a day sick for 36 years. Isn’t that incredible?

Chris Sylvest gesticulates with the whole of his slender body, while telling about his health and his long, long, life.

Healthy as a 25 year old

– A few months ago I was examined from top to toe by two doctors – quite independent of each other. And they both reached the same conclusion: “Your body functions completely normally – for a man of 25!”

My own doctor, after having examined me, declared:
– Tomorrow I will begin standing on my head for 10 minutes. And I will continue to do so for the rest of my life.

– I don’t know what happens. But it obviously has something to do with a lot of blood and oxygen reaching the brain.

Chris Sylvest was left a widower 14 years ago when his wife died, after a long and beautiful life:

– My two sons, who have both been residents of the USA for many years, invited me to live with them. So I sold our large house here in Hundested and travelled over there. But it wasn’t a success. I was regarded as an old man by those around me. They wanted me to sit down and relax all the time with a rug over my legs. After 14 months I went back home to Hundested again. With only two suitcases as baggage. Everything else I left with my sons and their families.

Chris Sylvest was born on a large farm near Frederikssund in 1902, under quite dramatic circumstances:

I shouldn’t even be here. The orifice of my stomach wouldn’t open, and the doctor gave me eight days to live. But my mother wanted it otherwise. She poured some buttermilk inside me, and I got better. As an adult I earned my living as a trader in fruit and vegetables. I had a wholesale business delivering goods to military barracks and hospitals. We made a living from this till we emigrated in 1954. 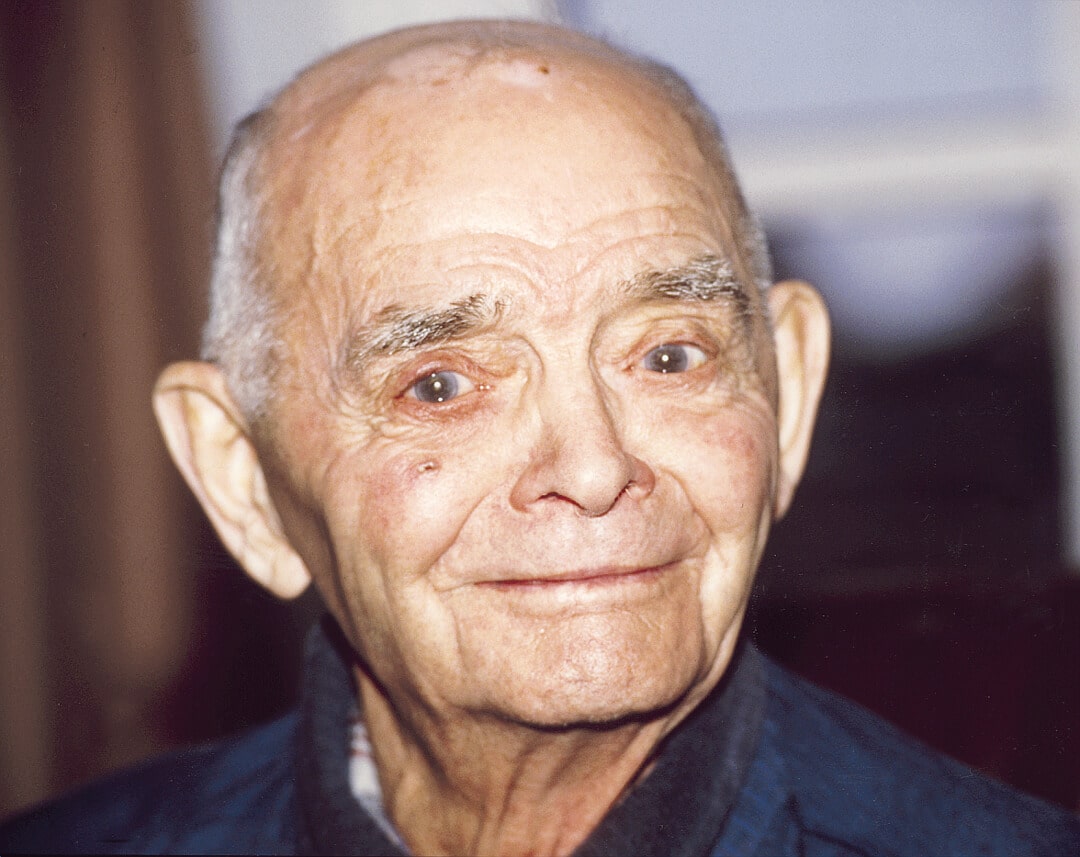 It seemed inevitable that my life was going to end in 1958. But luckily Familie Journalen landed in my lap, with a recipe for a long and healthy life. Come rain or shine, Christmas or Easter, I start the day by standing on my head. Hopefully for many years to come, says Hundested’s Chris Sylvest.

(From Familie Journalen no. 6 1995. Thank you for letting us print the article.)