The power of music, song and dance

Ananda is a state of joy where you don’t cling to ideas but just dare to be and experience the unexpected. (Swami Janakananda)

Ritualistic or spiritual dance and song are used in many cultures and traditions as a way to well-being and to an open state of consciousness. 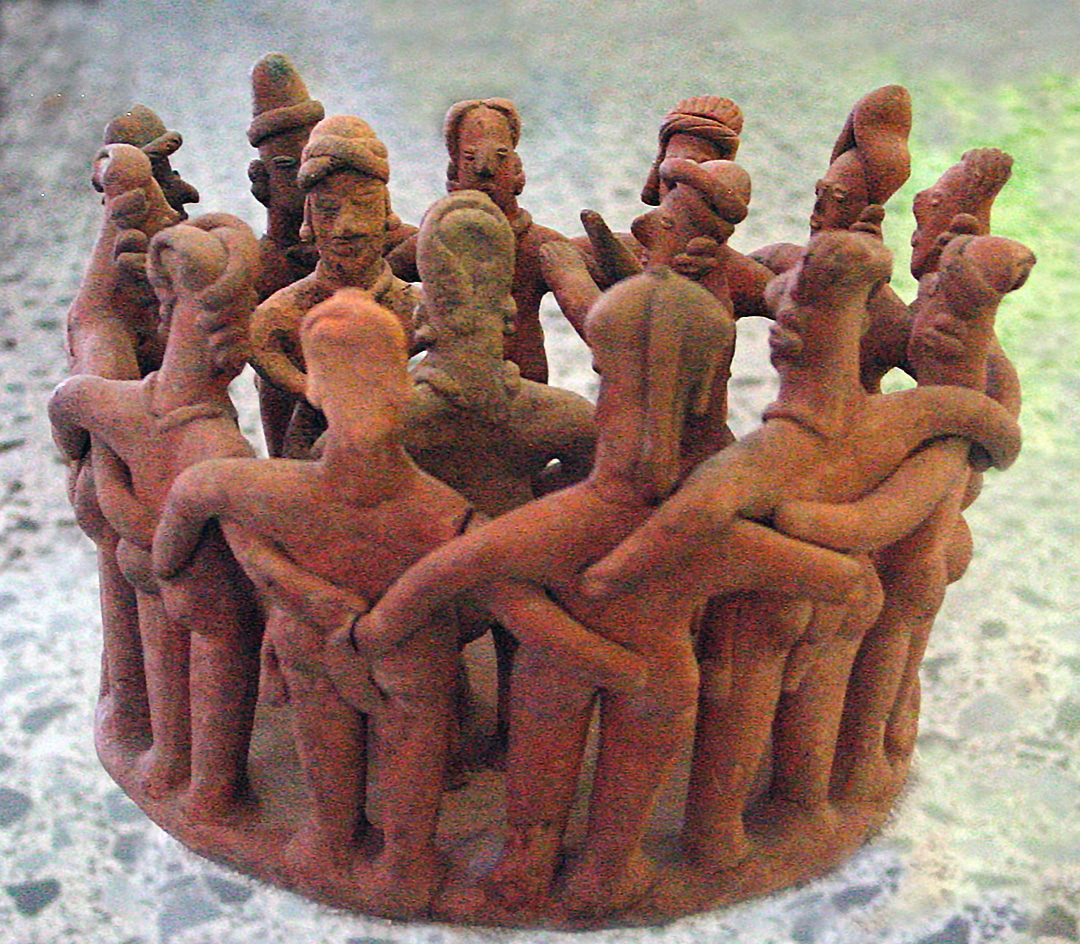 At Haa Retreat Center, we include song and dance in our retreats once or twice a week. It is a small but important part of the course process.

We introduce kirtan with mantra singing from India, dikhr from Sufism, songs from the North American natives, from the rain forests of Africa and from the Maoris in New Zealand. The dances we use, come mainly from the Sufi tradition. It is a rich tradition of movements, sounds and songs which are used for balance, communication, confrontation as well as for self-discovery.

Dance is an expression of devotion to the inner consciousness. (Swami Satyananda) 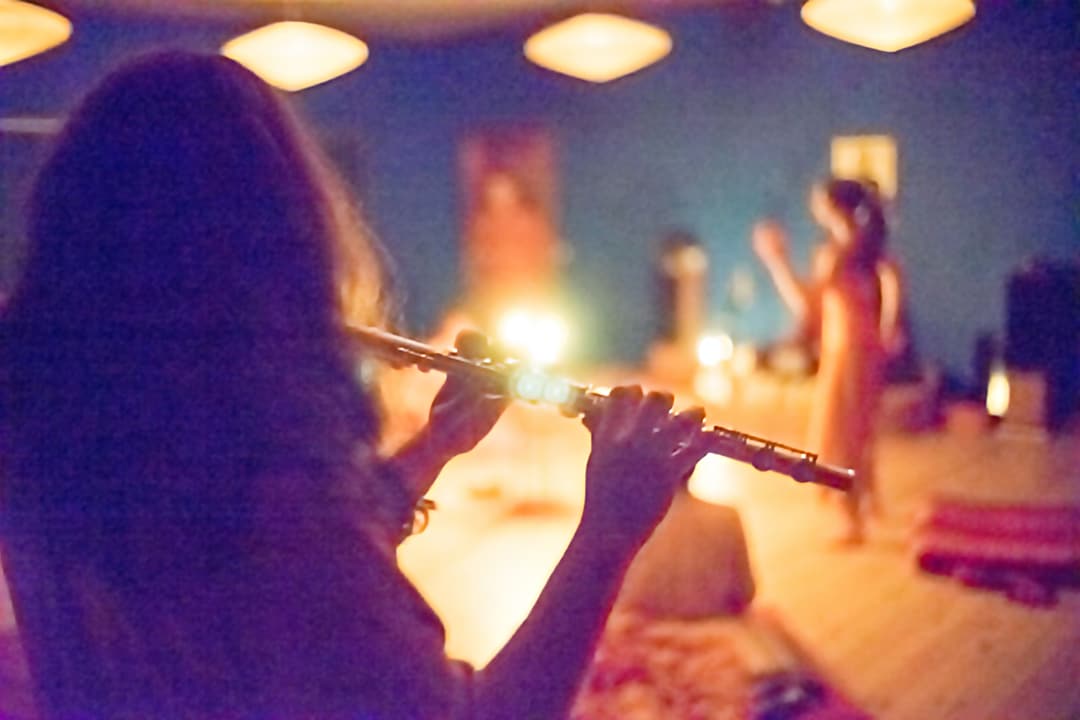 Something happens to people when, as a group, they use these methods. It benefits the individual, the group – and even the course process. Generally, it lightens up the mood, we loosen up, it’s fun, it’s inspiring and everyone can enjoy it. We don’t sing or dance in order to perform or show off, but to be together. 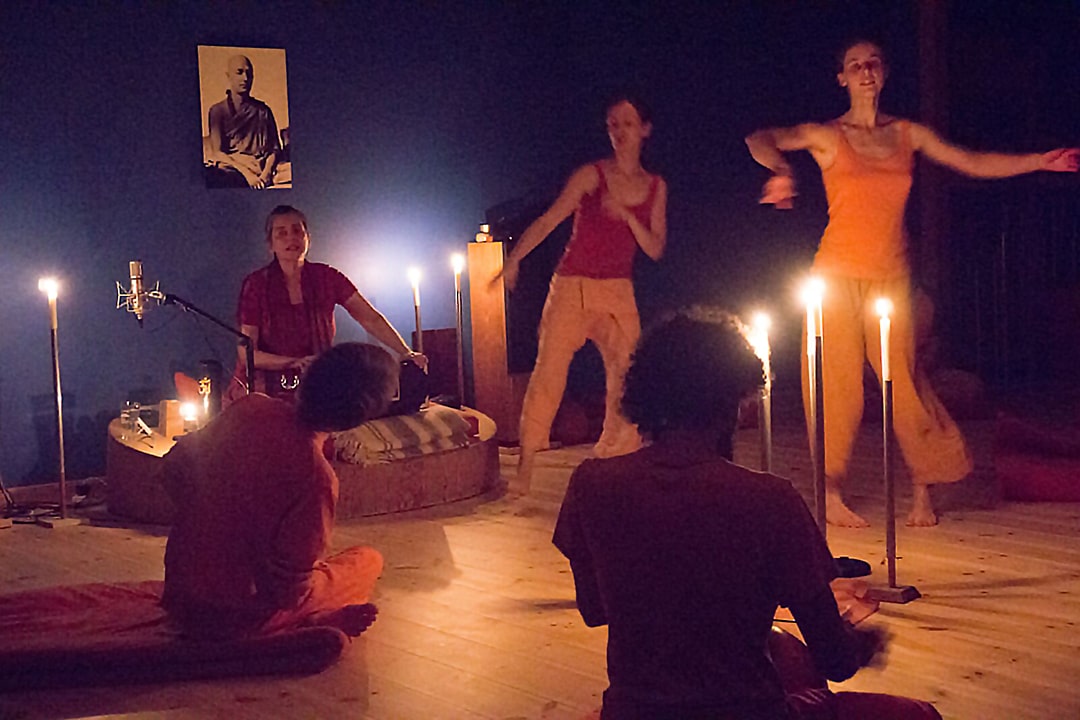 Singing can touch your energy so that you become conscious of your feelings and can channel them – you feel that something falls into place in your body and mind.

You can also dance while you sing kirtan if you want to – free dance, as we call it. In the Sufi dance, on the other hand, you follow a prescribed pattern of movements. 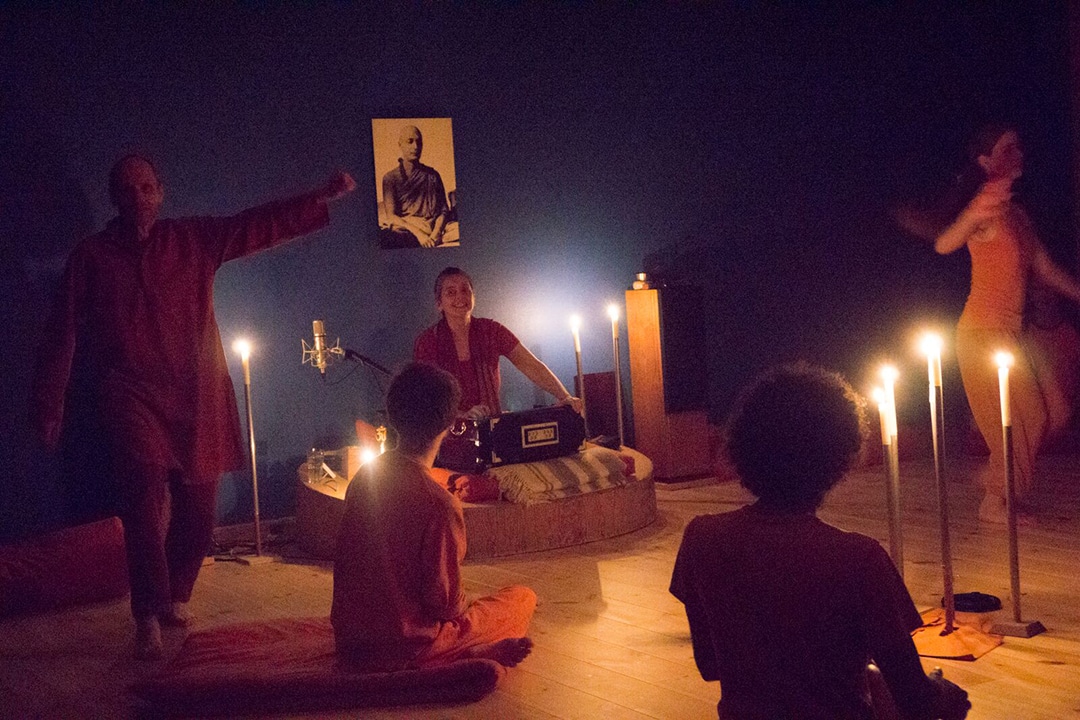 When I participated in kirtan and sufi as a student on the retreats, I opened up in a way I hadn’t experienced earlier. Here is one example:

One evening on the first 14 day retreat I joined, we sang a Sufi dikhr while we moved in a special way for about 20 minutes.

In the middle of the process, it was as though a knot had been loosened in my heart. A feeling I couldn’t connect to anything in particular – an unending flood of tears. It was like a cleansing.

The next time I was doing this same practice was as a participant on the Three Month Sadhana Retreat in Håå. When we sat still afterwards, I experienced for the first time in my life, a state of indescribable joy, ananda. 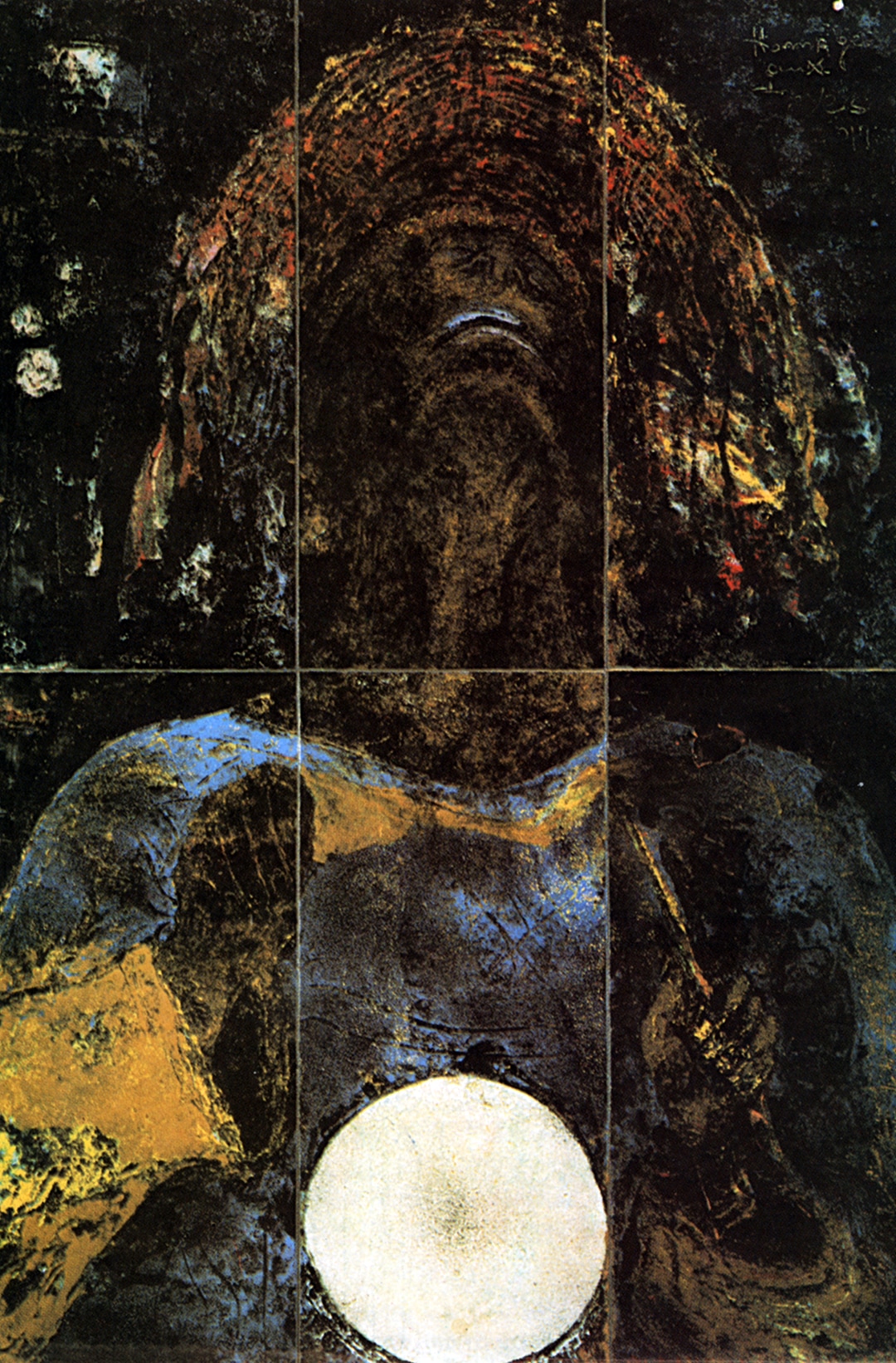 The yoga, the breathing exercises, the singing, the dance and the meditations made this harmonious experience possible. The Three Month Retreat gave me more time than the shorter courses to really get to know the methods and to achieve the balance that is the basis of the experience and the devotion in the songs and dance.

You haven’t got a goal when you begin to sing; you let go, sing with heart and soul and whatever happens, happens by itself. The result doesn’t depend on whether you sing “well” or on the meaning of the words. The sound of the mantra or the dikhr has a certain vibration, the music has a special rhythm and melody – all of it together plays a role.

Afterwards, when the music has stopped and everyone sits still in meditation, the vibrations often continue as very distinct and clear nada sounds.

There are those who put emphasis on the song’s meaning when they sing – but when it comes to it, you transcend the mind and the meaning of the words. A mantra has actually no meaning but works through its vibration.

A student on a Three Month Retreat some years ago told me that after two intense days of movement and song in the middle of the course she was released from a chronic pain which she had lived with for many years as a result of a traffic accident.

After her body and mind had been cleansed of inhibitions and tensions through yoga and meditation and thus trained to receive and transform any experience that might come, the song and the movement became the trigger that allowed her to release the pain (or the attitude that bound the pain). 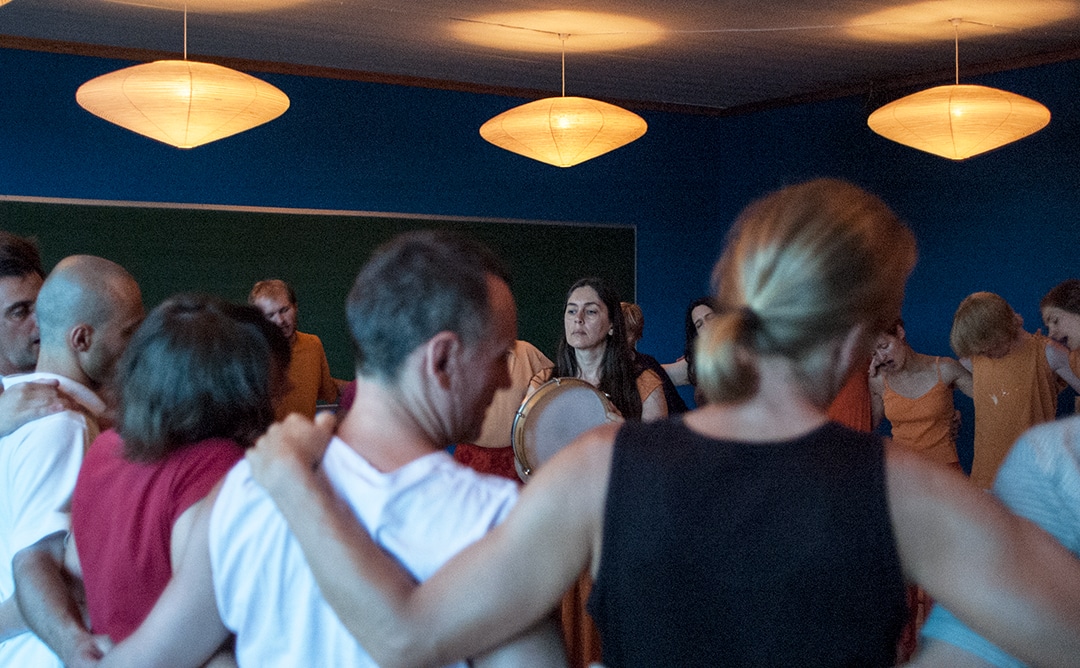 The further you go back in history, the more conscious the human race appears to have been of the innate power in vibrations, song, music and sounds. In the ancient cultures of China and India, for example, knowledge of music was an important science. They knew how sounds and music influence matter, the whole of a person’s being and the entire society – and also that it is a help on the way to spiritual awakening. 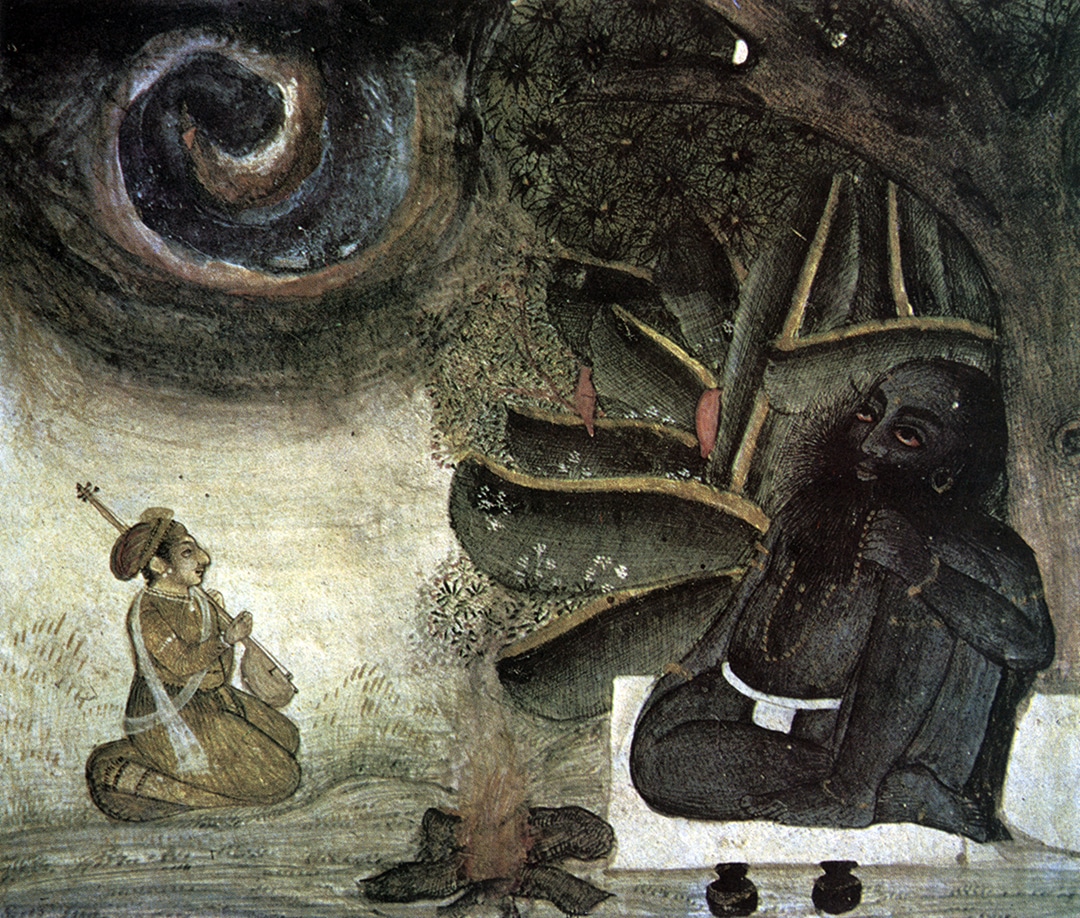 Every blocking, every sickness, physical or mental was seen to be a vibratory or musical problem. The sick had lost their inner harmony and therefore, their contact with the universe. They produced different sounds or played music in order to heal and again come into harmony with the “universal vibration”.

Indigenous people often place more emphasis on the healing power of song and dance than, for example, on herbal medicine.

When I began to lead kirtan classes, I realised that the same principle applied as when you take part as a student. The more you let go, the more satisfactory the result. But as a teacher, one also has to be aware of the group’s general state. First, you follow the mood of the group as it is when you start, and then it changes through the music. 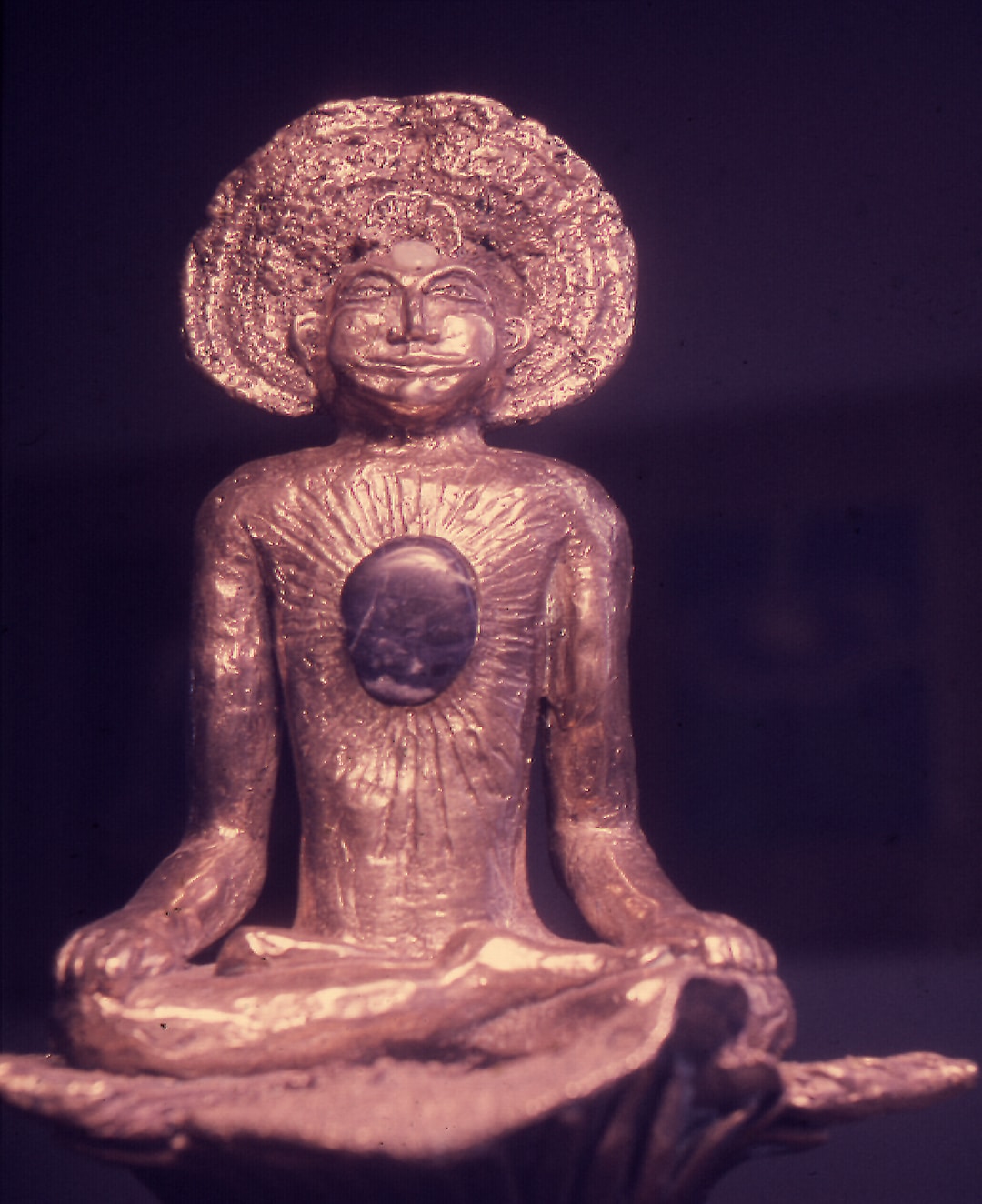 When the energy flows freely, we stop singing and dancing, and sit down for meditation. It sounds, maybe, as if you need to think, make plans or do something – but no, not at all. It happens by itself.

When we see ourselves in time and space it is clear that we are separate individuals. But when we transcend time and space, then it might be revealed that we in our entirety form a common stream of life energy. (Sir James Jeans)

Before we begin an evening with kirtan, especially if it is the first time for the group, it can happen that there is expectation in the air, shyness, tension, nervousness, and so on. But little by little, the mood changes. A feeling of relaxation, well-being and joy takes over. In the end, when we sit and meditate, the mind is at rest, there is unity and peace, the energy flows freely. There is nada sound, there is clarity, awareness, there is being.

Taking part in kirtan and dance increases awareness of who you are and, with meditation, it can open the door to your innermost identity.

This is full
that is full
fullness from fullness proceeds
full taken from full, remains full
(Brihadaranyaka Upanishad)

Do you ever break into song in harmony with the vacuum cleaner, or with a rhythmic machine like a washing machine, a folding machine or a printing machine? I recommend you not to hold back if the urge takes you. It almost happens by itself that the tones or sounds from the body spill up and out in harmony with the machine. It is not a song you know beforehand. In these situations, you can actually go on a journey of discovery that resembles the one you are on when you take part in a kirtan or sufi. This is something indigenous people know about; they often use rhythmic songs when they work. 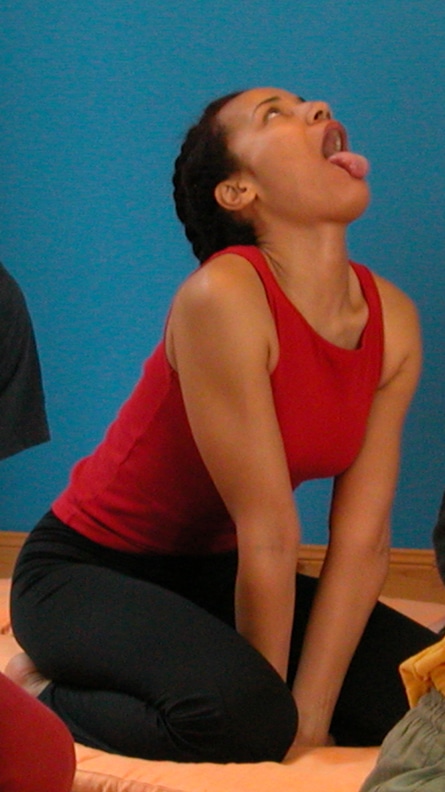 Or have you tried to do the yoga exercise the Lion 5-10 times in a row (see the book Yoga, Tantra and Meditation in Daily Life, page 60) and then sit upright and still with closed eyes for a little while afterwards.

But remember that it is important that the sound in the Lion is deep and completely relaxed and that you let it come from the bottom of the body. To be sure that the sound is right, then it’s best to have personal instruction. We teach the Lion on all of our courses. It is effective in connection with Nada Yoga. It helps people who stammer and if you do it regularly you develop a full and beautiful voice.

I highly recommend Bhramari Pranayama in this context. It is used in the training of musicians in the science of classical Indian music.

Bhramari is an important part of Nada Yoga, voice training, tinnitus-therapy and can prevent and cure colds and sinusitis. It is even one of the easiest and quickest ways to calm the mind!