Why hold your breath?

– a report from a yoga teacher class

They did not block in the brain

In the beginning of the eighties, the school’s yoga teachers took part in a research project, led by the German doctor Dr. Thomas Schmidt at the University of Cologne. They studied the effects of the yogic breathing exercises; among other things, the pulse, the blood pressure and the activity of the brain (EEG) were measured.

While the yoga teachers did the Psychic Breath (Ujjayi Pranayama), their EEG showed alpha waves, which signifies a relaxed state. But the researchers also wanted to examine how they reacted to disturbances.

Hamsananda, who took part in the experiment, recounts:

“I sat in the lotus pose and did Ujjayi, when, without warning, one of the researchers struck the metal table hard. It made a loud crash. But it didn’t affect me.” The researchers were accustomed to the subjects easily reacting and coming out of the relaxed state but, to their surprise, the yoga teachers’ EEG did not change.

While measuring another teacher, the researchers sounded very excited. They discussed among themselves as if there was something wrong with the subject’s EEG, but even then, the alpha activity was not broken.

“When the yoga teachers held their breath, the alpha activity could not be blocked,” the researchers concluded.

The nervous system and the breathing

“Professor Thomas Schmidt, a German doctor, cooperated many years with us at Haa International Retreat Center. As a specialist of heart diseases and psychosomatic medicine (the relationship between the thinking and emotional activity of the mind, and the way the body reacts to this activity), he conducted research on retreat participants. He confirmed to me that every change in the way we breathe, its rhythm and speed, has a direct influence
on the nervous system, and vice versa.

Before learning of the breathing exercises in yoga, Dr. Schmidt concluded that, if one could influence the breathing consciously, one would be able to create a very efficient therapeutic system. Through his research, he learned that such a system already exists. For thousands of years, the yogis have aimed at making the prana conscious to us, so we can use it for healing and for exceptional concentration and clarity. This has evolved into a set of different practices, each one with specific effects.” (From Yoga, Tantra and Meditation in Daily Life by Swami Janakananda) 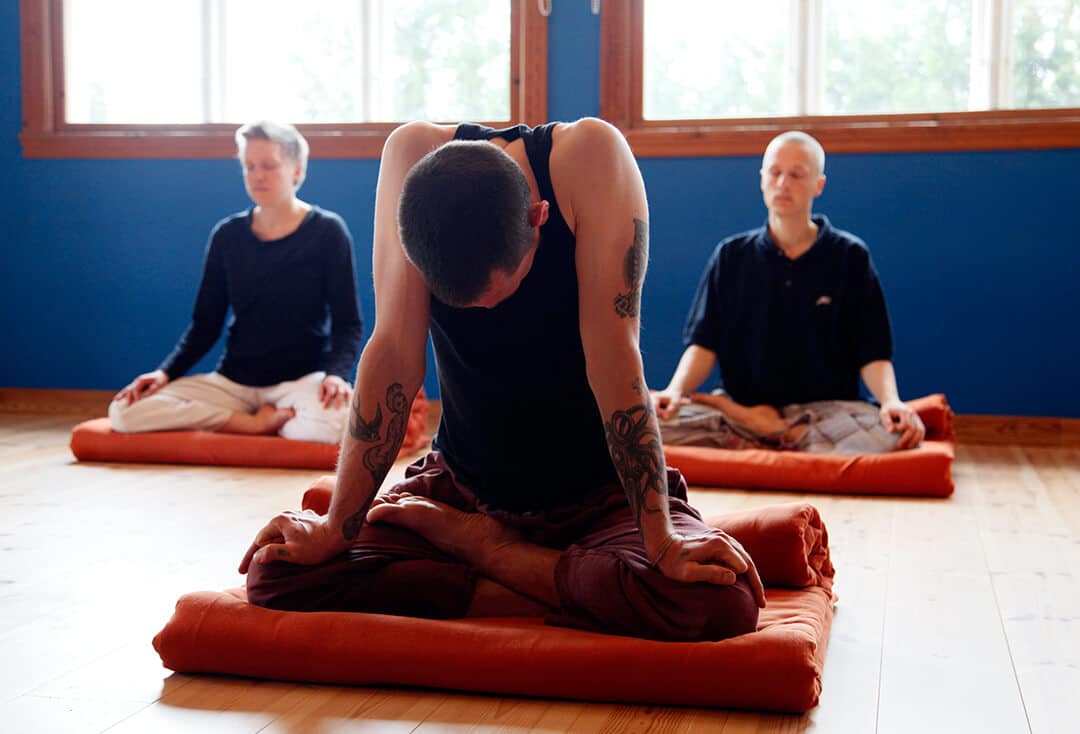 Habits in the nervous system

When we are in the normal waking state, we react, to a large extent, automatically to what we experience around us. Our habitual picture of the environment dominates, and we expect that everything will remain the way we already know it.

On the other hand, when we are in the meditative or relaxed state, characterised by alpha waves in the EEG, then this picture of reality is much weaker. Now, we no longer react automatically to thoughts and impressions. We can observe it all with new eyes. We have freed ourselves from the filters, through which life is normally experienced. We now experience more directly.

When you do breathing exercises or meditate regularly, these automatic reactions and habits in the nervous system are weakened. The mind becomes more creative and flexible – it becomes easier to see things from a new perspective. You communicate clearer and you are better at co-operating with others. We call the alpha state “ the open state.”

In the yoga scriptures, Pranayama is described as the various ways of holding the breath. In one of the most wellknown scriptures, Yoga Sutra by Patanjali, it says:

“Pranayama is cessation of the movement of inhalation and exhalation” and “Thus the covering of the light is dissolved and the mind is fit for concentration.”

In deep meditation or relaxation, the breath can become gradually fainter and eventually stop by itself – for a while. This is described as the highest form of pranayama.

Yoga or not, it works

In England, a Russian doctor aroused some attention. He discovered that it is possible to help asthma patients by instructing them to hold the breath after exhaling for prolonged periods of time, and otherwise to breathe through the nose as much as possible. Unfortunately, he hastens to add that it is not yoga he is doing. How else could he exploit his fellow human beings in need of help with the prices he asks, for a method that he tried to keep secret at first, but which is an old well-known yoga method?

Also, in yoga, there is an experience that does not just rely upon fast effects. Importance is placed on the long-term effects on the nervous system. Therefore, the conditions to be observed before, during and after the exercises are described exactly.

In the article, Breathe through the nose! we have chosen one example of many that gives this effect, just by holding the breath after inhalation.

Furthermore, yoga contains various other exercises that can be used against asthma. 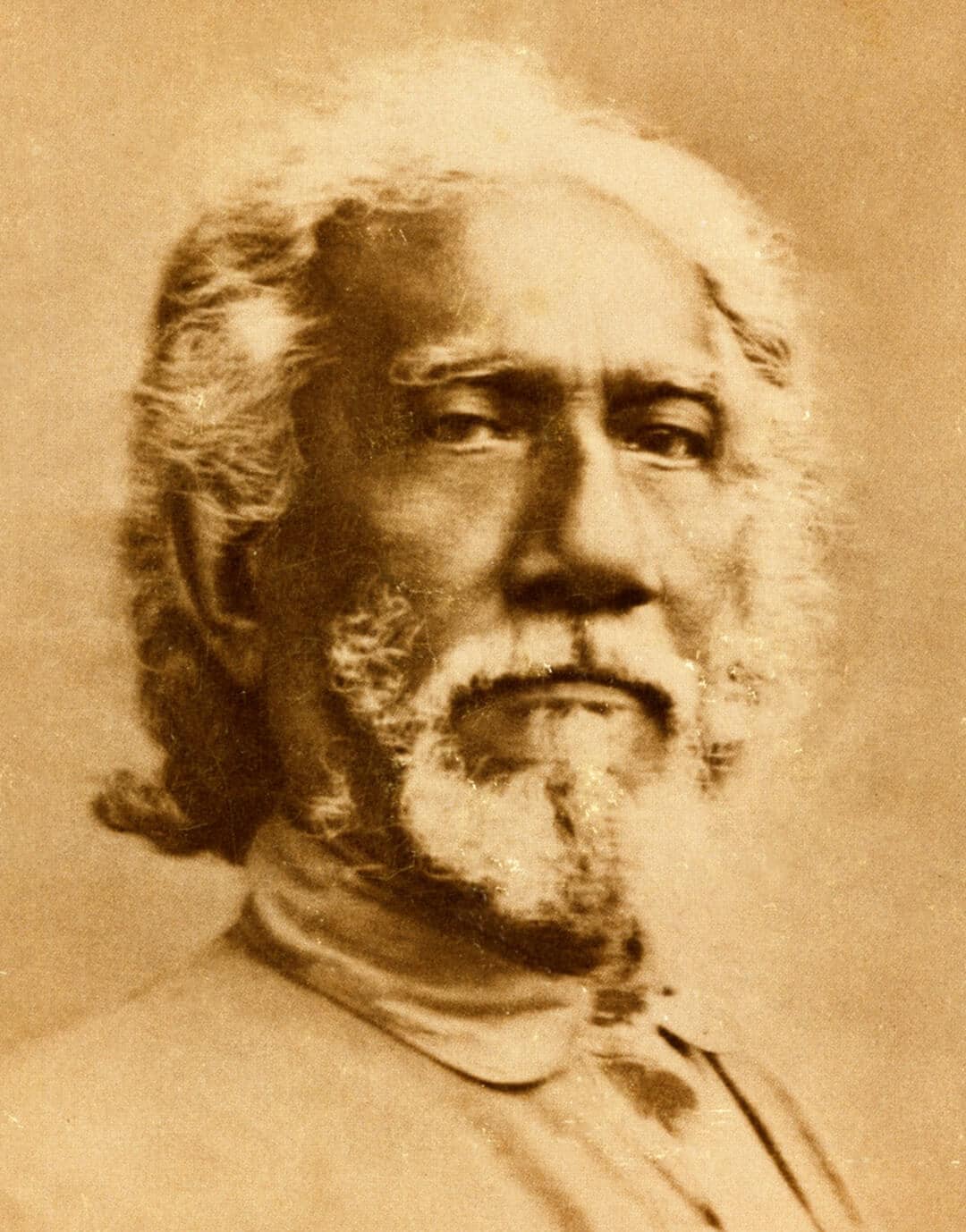 Quite another contribution to why one should hold ones breath comes from the yogi Swami Sri Yukteswar (1855-1936). He had his ashram in Puri, India. The first time he was mentioned in the West was by the author Evans Wentz – and later by his disciple Swami Yogananda, who at the request of Sri Yukteswar, travelled to the USA in the thirties. Yogananda became particularly well known there for his book “ An Autobiography of a Yogi”, which among other things is about Kriya Yoga.

Here, we will quote from another book, “ The Holy Science” which Sri Yukteswar wrote towards the end of his life. What is interesting is that he maintains that holding the breath creates such a calm in the autonomic nervous system that the inner organs get a rest, which they otherwise never do, neither during sleep nor during the waking state!

“Man can put the voluntary nerves into action whenever he likes, and can give them rest when fatigued. When all of these voluntary nerves require rest he sleeps naturally, and by this sleep the voluntary nerves, being refreshed, can work again with full vigour. Man’s involuntary nerves, however, irrespective of his will, are working continuously of themselves from his birth. As he has no control over them, he cannot interfere with their action in the least. When these nerves become fatigued they also want rest and naturally fall asleep. This sleep of the involuntary nerves is called Mahanidra, the great sleep, or death. When this takes place, the circulation, respiration, and other vital functions being stopped, the material body naturally begins to decay. After a while, when this great sleep Mahanidra is over, man awakes, with all his desires, and is reborn in a new physical body for the accomplishment of his various yearnings. In this way man binds himself to life and death and fails to achieve final salvation.

As after sleep, when rest has been taken by the voluntary nerves, man requires no help to awaken naturally; so after death also, when man has enjoyed a full rest, he awakens naturally to life in a new body on earth. If man can “die”, that is, consciously put his entire nervous system, voluntary and involuntary, to rest each day by practice of Pranayama, his whole physical system works with great vigour.” (Sri Yukteswar)

The articles described in the following two links concern the breathing exercise Nadi Shodana Pranayama, also called the alternate nostril breathing. We will look at some of its effects, which we can benefit from, in our daily life.: Plenty of oxygen during Nadi Shodana and Nadi Shodana’s influence on the brain.

In the tradition, Nadi Shodana is described as the exercise which cleanses the energy current (Nadi means current, Prana – vital energy and Shodana – to cleanse), so that it can flow without blockages. By a regular practise of this, the yogi is able to master and control his energy, and waken and raise it at will.

When the dormant energy is awoken, all human potentials are expressed. Symbolically, it is said in Tantra that Shakti or Kundalini rises up through all the chakras of the spine, which are roused on the way, to unite with Siva at Sahasrara Chakra at the top of the head.

“By this, mind becomes full of bliss;
verily the practitioner of Pranayama is happy.”
(Gheranda Samhita)